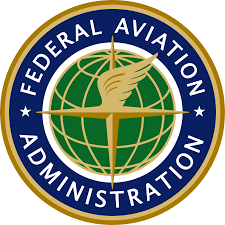 Three Things to Learn From the FAA NOTAM Grounding

By Greg MorseJanuary 12, 2023No Comments

Home » Three Things to Learn From the FAA NOTAM Grounding

In an unprecedented move, the FAA ordered a ground stop on Tuesday, January 10th, 2023. This was the first time a total ground stop had been ordered since September 11th, 2001. This action delayed over 10,000 flights across the United States and cancelling thousands.

The FAA decided to reboot the entire NOTAM system during a period of time that they believed would cause the least delay. When the system got back up and running, about 90 minutes later, it was clear that NOTAM was still not functioning properly. This all led to the ground stop until the issue could be resolved.

Three things to learn from the FAA ground stop

1. Outdated technology can cause more problems than it’s worth.

The number one reason that businesses and organizations do not upgrade their technology is because of cost. This is understandable. But the reality is that issues caused by outdated technology, like the FAA NOTAM system, will inevitably cause a problem that is more expensive to fix than it was to upgrade the technology in the first place.

A major emphasis has been placed on preventing cyberattacks in recent years. That’s for good reason. They are extremely disruptive. But not all technology problems are because of a cyberattack. According to the most recent information, the FAA has clarified that this wasn’t the case. It was due to a ‘corrupted file’. We still aren’t sure what that means yet. What we do know is that corruption, or risk of corruption, is far less when technology is up to date.

It made sense that the FAA would turn to their backup system as their first line of defense. The problem was that their backup system also had the corrupted file. More investigations should reveal how and why this happened, but it shows the importance of having an independent backup that has been tested. Whether it’s a secondary system, or a straight file backup – having these things tested regularly is a must. Depending on the industry it may even be required by law.

Stronghold Data provides backup services, both public and private. Privately, backups are stored in an ultra secure data center. To ensure redundancy, they are then duplicated to a secondary location. Our clients can restore their data through backups at any time. They can also test those backups if required.

To learn more about Stronghold Data’s backups, and how we can help you upgrade technology to prevent disaster and reduce costs, contact us here.